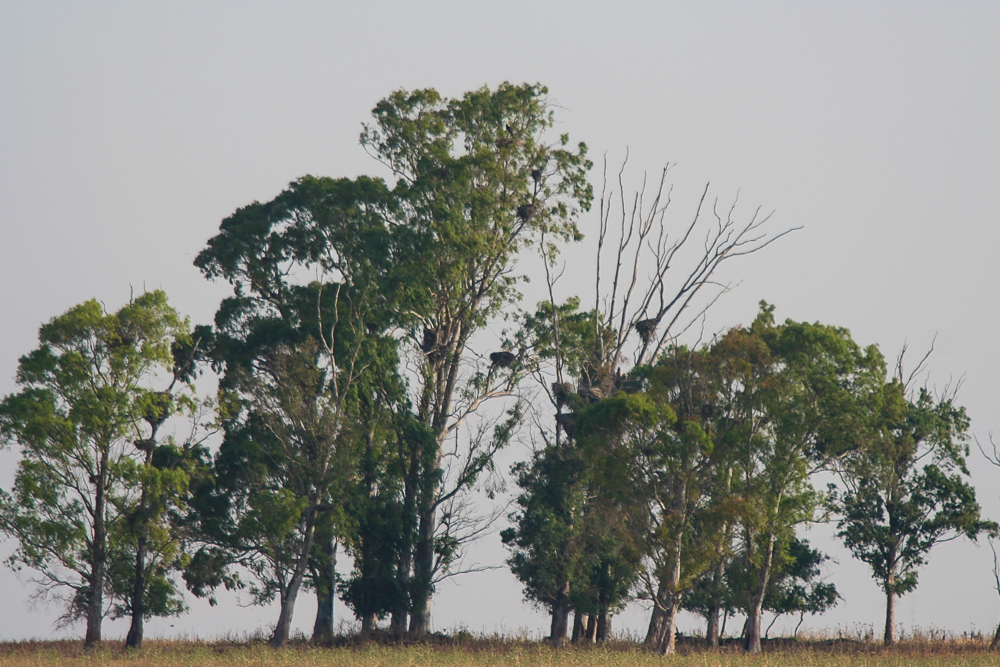 I like my job, I love it, and these days I feel especially grateful to be able to enjoy Doñana’s nature.

Today’s group was integrated by four enthusiastic young Dutch. They had spent the day before birdwatching around the park, trying to get as many species as possible out of their target list, but they ended up the day with 6 nice gaps on it. Luckily for them, they had foreseen that something like that might happen so Hans, who meet me in the summer of 2014, had arranged a half day trip with me to fill them up.

The 6 species needed were: Spanish imperial eagle, black-shouldered kite, marbled duck, crested coot, rufous bush robin and olivaceous warbler. When I meet them at 7.30 in the morning and they explained the situation I thought to myself: “hard work today”

We had around 6 hours to cover the distance between the eagle and the robin, about 75 km, and find other 4 difficult species on the way. It was possible, I said, difficult but possible. Possible because I knew the right places to go for every species. Difficult because marbled duck had been very elusive in the last few weeks, I had only heard the first olivaceous warblers coming through and I was not sure whether the robins had come in already or not. But I am always optimistic so I told them that we would get it.

To put things a bit more difficult, the day started with a thick fog covering marshes and forests. So going first for the Eagle was discarded. The distance of 500 metres from the observation point to the eagle’s usual perching tree was too far to have chances of a good sight of it. So we went first for the black-shouldered kite. There is a great area for this species north of the Park. We found it with no difficulty seating on a dead tree, so we went for the second one on the list.

From a bridge over the Guadiamar River we had an ideal overview point over the thick cover of poplars and willow trees along the banks. Nightingale, reed warbler and Cetti’s warbler in a confusing concert but in the background we heard something different, that was the song I was hoping to hear. Now we had a direction to look at. Several penduline tits, willow and garden warblers confused us several times but after a few minutes we got to have a good view of the pale olivaceous warbler we were looking for.

The mist has cleared away and given us a perfect bright day so it was the time for the Spanish imperial eagle. We moved for half an hour across the rice fields to get to the eagle spot. Luckily for us, the chicks seemed to have hatched because the mother was just standing on the nest and not seating on it like the previous days. We enjoyed some beautiful views of it, but only for a couple of minutes, any superfluous disturbance had to be avoided.

Not too far from there, next to the rice fields edge, we stop the car by a small lagoon covered by white buttercups. That has been the best spot for the crested coot in the previous few weeks so I expected that day not to be the first bad one. We counted 5 of them, all wearing a white collar around the neck and a pair of big red knobs on the forehead. Impossible to mistake this time.

It was the marbled duck turn. Just a few kilometres south from there, at Dehesa de Abajo, these rare ducks have been seen several times this Spring. On a first try at the north edge of the lagoon we spotted a white-headed duck which despite of not being on the target list was a nice find. Then  I stopped the car half way down to the south end and, without getting out of the land rover, we spotted the one we were after, two of them on one of the islands.

Now we had to drive all the way back to nearly the starting point in El Rocío to get the last one on the list: the rufous bush robin. And we did. In a small olive plantation we heard the song of a Woodchat Shrike and something else, a much more melodious song in short intervals. That was the unmistakable song of our Robin. It didn’t take us very long to find it perching on one of the olive trees some 100 metres from where we were.

On the way back to El Rocío, Hans, the organizer of the tour, was saying something in Dutch to his friends and suddenly they all laughed and patted my shoulders. I asked Hans what was all about. He said: “well, we were saying that without your help, it would have taken weeks for us to find all these 6 species, and by then our girlfriends would have found someone better to be with. We all agree on this being a good example of what a local guide is good for”

I have to say that there was a bit of luck on the success. I went back for the Robin in the afternoon with a couple of English clients and we could not find any. Apparently we saw in the morning one of the first ones coming back from Africa. Luck is a part of the game.

We offer you the exciting and true experience of the ecosystems and species of Doñana, a nature paradise in Europe.